Cynthia Lasoi, 19, who is studying Nursing at UTS volunteered at a local health centre in Transmara West over the break between semesters. She started work on June 9 and finished on July 23. The health centre is located near her home and the school that transformed her life, Kakenya’s Center for Excellence.

Cynthia learnt a great deal from her experience as a volunteer nurse at a local health facility in Transmara West. She says her most memorable moment was her very first day, when she arrived for work and found several casualties of an accident waiting for emergency treatment. Earlier that morning, a truck carrying sugarcane cutters had lost control and overturned resulting in several injuries.

“I arrived at the facility and found several injured men waiting for attention. There were groans and screams of pain. Some had head wounds and broken ribs. I did not have first aid skills, but I had to do something. I had to empathize rather than sympathize with them,”

Cynthia recalls. In an understaffed facility, the incident was overwhelming, Cynthia explains. “Because the health workers are few, my presence and efforts were recognizable. My supervisor directed me to administer painkillers, a diclofenac injection.”

Cynthia says she has been supported by the other health workers, who have taught her several aspects of health. She has learnt record-keeping, administration of family planning, patient counselling, storage of vaccines, and how to conduct minor surgeries. She has also worked in the laboratory and the antenatal care clinic. Despite the encouraging support from health workers at the facility, Cynthia says she often faces rejection from patients who consider her too young to attend to them.

She has also come face to face with the ugly realities of teenage pregnancies in the region while in her line of duty. She says, “The teenagers often have challenges during deliveries. One lost a kid after a three-hour struggle to deliver. Others have underweight infants. Some teenage mothers seem unaware of what is happening to them.”

Cynthia has observed that the patients visiting the health facility have related conditions, a reality that has deprived her of the chance of conducting personalized care as taught in university.

“From the experience I have acquired so far, I can say that I have seen a clear picture of what I want to do in the future. When I graduate, I want to volunteer in such a facility as a way of giving back to society,” Cynthia says. 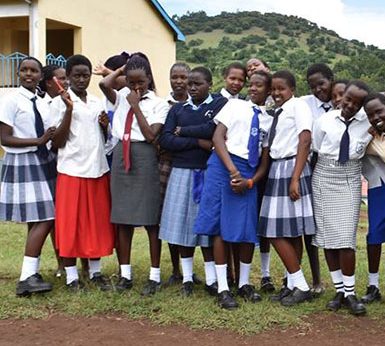 We are delighted to announce that the first class of... 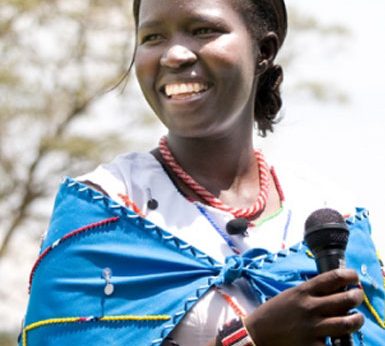 SearchPostsLogin
See Kakenya featured on CNN
Meet Ann who is studying in Kenya with our support
Why our Treasurer, Pip Butt volunteers
Holiday work experience in a Kenyan Health Centre
First Students Entering the Final Stages of University Degree Completion
Tertiary Students One Semester Closer to Completing their Qualifications